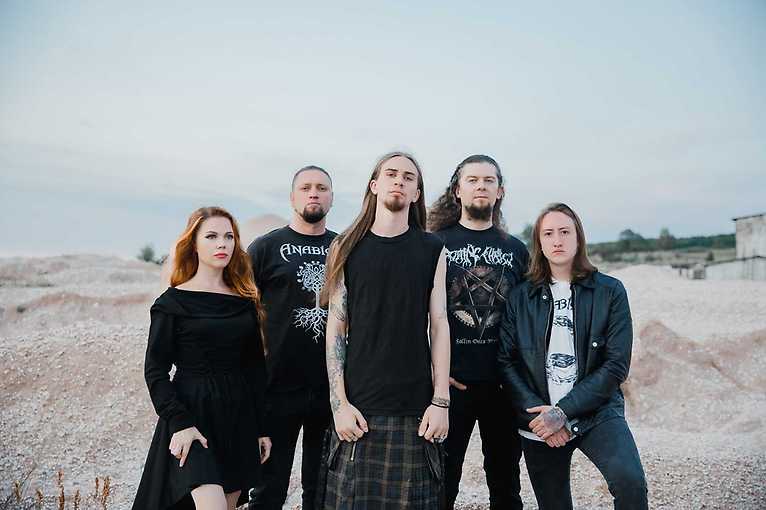 20.08.2019 Grai + Anabioz + support in Randal Club - live&wild rock'n'roll music club (Bratislava, Slovakia) PRE-SALE - 10 € THE DAY OF THE CONCERT - 15 € GRAI - folk metal band from Russia: www.facebook.com/GRAI.folkRussia www.youtube.com/c/GRAIfolkmetalbandfromRussia www.instagram.com/grai_official "GRAI is a Russian folk pagan metal band formed in 2005. The music of the band is an entwinement of guitars and extreme vocals fury and enchantment of wind instruments and clear vocals. Under its belt, Grai has 4 LP albums, several EPs and albums being rereleased in different countries, 4 official video clips, as well as a large number of performances at festivals and concerts in Russia and Europe. This tour is dedicated to the presentation of the album "Ashes", released in December 2017. There will be presented most of the songs from the album "Ashes” and some of the old well-loved tracks from previous albums" : Anabioz was founded in 2006 in Russia. Speed, melodic and groovy stuff will appeal to all fans of celtic and slavonic folk. Abundance of beautiful violin melodies, powerful rhythm - section, combination of fierce growls and clean female vocals, drive and energy in every song - all this will make your feet to dance, and hands - to reach for the mug of foaming cold beer! Anabioz has 3 full-length albums and a lot of performances in Russia and abroad. Randal Club - Randal Agency: 00421 948 035 387 matus@randalgroup.com