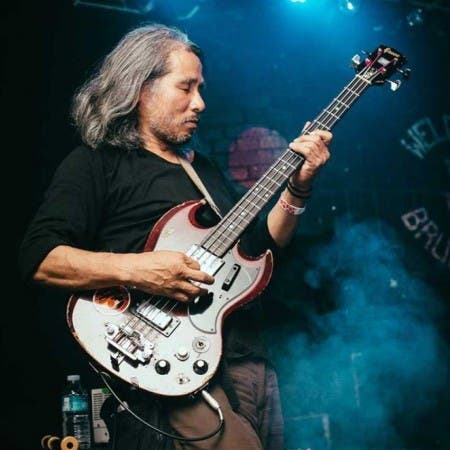 Tsuyama is best known for his monster bass in Acid Mothers Temple, but he also has amazing technique of guitar and vocal. He has travelled around the world and accumulated the traditional styles of guitars/vocals in Europe and Asia. He adds his own interpretations and lyrical sense to create a beautiful but odd “fake traditional” musical world. recently he developed a new figure called “prog.rock > blues-ization plan”. He dismantle the masterpiece of progressive rock, and restructure it as an impromptu blues.