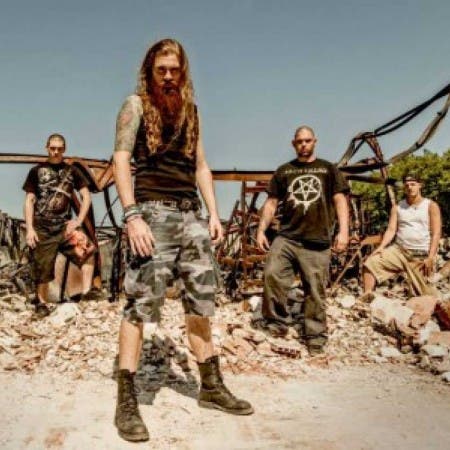 It was on the dreaded school benches in 2005 that Klin and John met. Both of them tend to prefer beer to math classes and detention, they decided to form a band and escape the academic penitentiary. They were joined in 2008 by Kevin and Jerem before getting Rob drunk enough in 2009 to convince him to join their ranks. Thus Bloodstorm was born. 2011 saw the release of their first album entitled “The Coming Storm” which was unanimously praised by the local drunkards and which gave them to the possibility to crush the local and regional scene. Bored from playing the same goddamn songs over and over, Bloodstorm has released their second album called "Breaking The Pyramid" in this year of 2015.