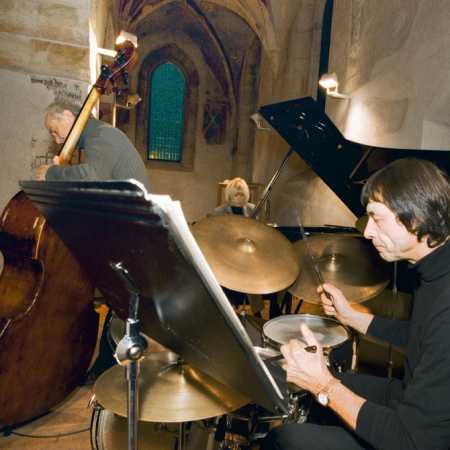 The group in its original form, formed in 1995, when the recommendations of teachers Summer Jazz Workshop Charles Velebný appeared in a major festival just for Partnership. There followed an invitation to Slaný Jazz Days, a series of club performances, an annual concert at Křižík cylus fountain at the Prague Exhibition Grounds, jazz festivals in Hradec Kralove, Plzen, Olomouc and in recent years trips abroad. In 1997 and 1999 and the band went through changes in the cast and the final version you hear now. The basic style is acoustic-oriented group postbopový mainstrean that best utilizes the standard repertoire of topics. The band members are not only skilled and experienced soloists, but especially susceptible musical personalities that their ideas and arranger improvisational invention creates a distinctive face quintet.