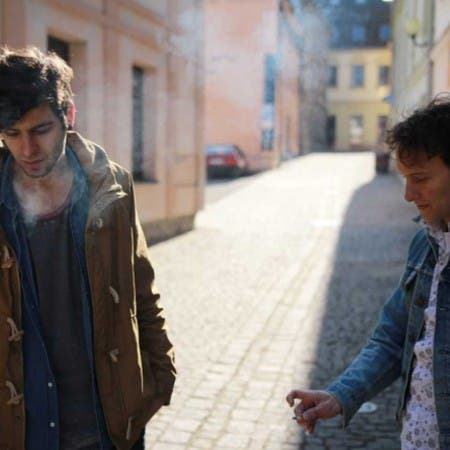 Darren Eve is another discovery of a Radio Wave talent competion Startér. Since the mid-last year, he has been playing in a pair with the Greek-Czech drummer Nikos Mistakidis, with whom they had been playing in several music festivals. Their music is by the journalists compared to the Jeff Buckley or Morphine.