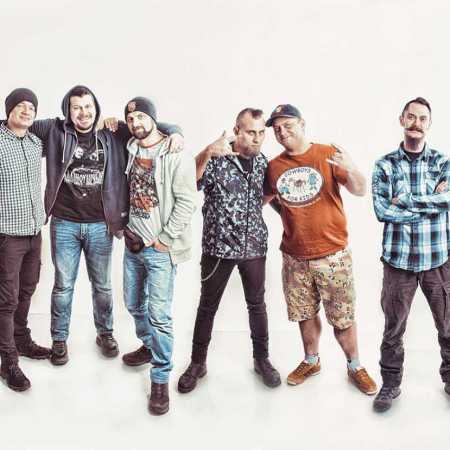 Dzieciuki is a folk-punk band, which was founded in Grodno, in 2012. In February 2014 he released his first album “Haradzienski Harmidar” which includes original texts Dzianis Žyhaŭce. The songs refer to the different historical narratives. Group Name arisen by chance. The term “Dzieciuki” named after his insurgent commander of the January Uprising in Belarus, Kastus Kalinovský.

Music groups deny local character and musicians, as they say, is trying to give new meaning to the word “patriot” posed by them currently carries the epithet “right-wing oxen.” Group disagrees with unilateral Soviet look at the history of Belarus. Most of the text is devoted to the many heroes of the uprising kalinovcům, balachovcům and partisans during the Second World War. In music we can find Dzieciuků dose of Belarusian history (of which not learn in school textbooks) and at the same time, for example, a story about driving drunk on a bicycle. – Translated by Automatic service