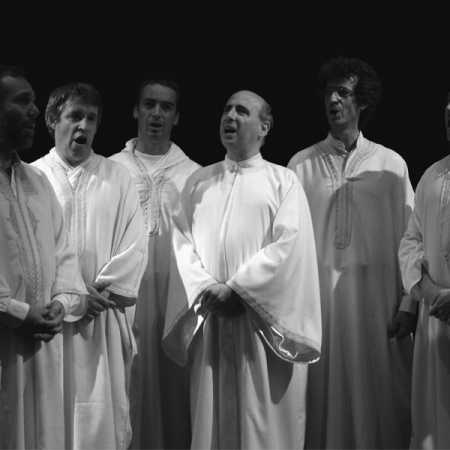 Ensemble Organum is a group performing early music, co-founded in 1982 by Marcel Pérès and is based in France. Its members have changed, but have included at one time or another, Josep Cabré, Josep Benet, Gérard Lesne, Antoine Sicot, Malcolm Bothwell. They have often collaborated with Lycourgos Angelopoulos and are influenced by Orthodox music.