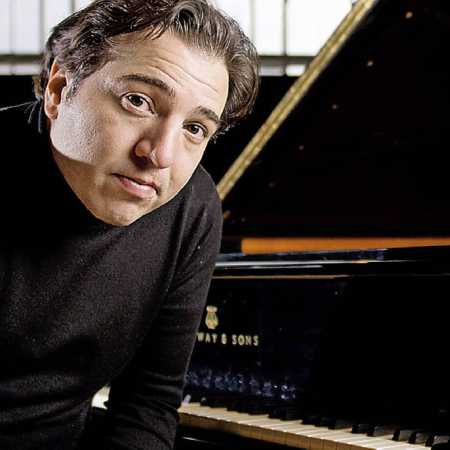 Fazıl Say is a Turkish pianist and composer born in Ankara, Turkey. Say, started playing the piano at the age of four, continued his music training in Ankara State Conservatory as a student of “Special Status for highly talented kids” and graduated from piano and compositon in 1987. As he continued his studies in Dusseldorf Music Academy with German scholarship, he got his diploma in Germany in 1991 as “Concerto soloist” and became a piano and chamber music teacher in 1992 in Berlin Performing Arts and Music Academy. Say, who won Europe Young Concert Soloists Competition in 1994, got the first place in the World Competition that was done in New York in 1995 and had a big step in his career. Besides playing the piano, he composed many oratorios, piano concertos, pieces of music for chamber, orchestra and piano and many other songs.

Some of his composed pieces include Nazim and Metin Altiok Oratorios, four piano concertos, his orchestra piece “Albert Einstein” commissioned by Zurich Orchestra and his ballet named “Patara” which is commissioned by Wien Mozart Commitee and was composed for Mozart’s 250th birth year celebration.

With his concerts in all over the world and his outstanding CDs, he became a world famous pianist and is honoured with more than 20 international prizes. Say is admired by thousands of musiclovers and he performed with with orchestras like New York Philharmonic, Detroit Symphony, Berlin Symphony, Czech Philharmonic, Israel Philharmonic, Saint Petersburg Philharmonic, Orchestre National de France and Tokyo Symphony which are conducted by many famous conductors.