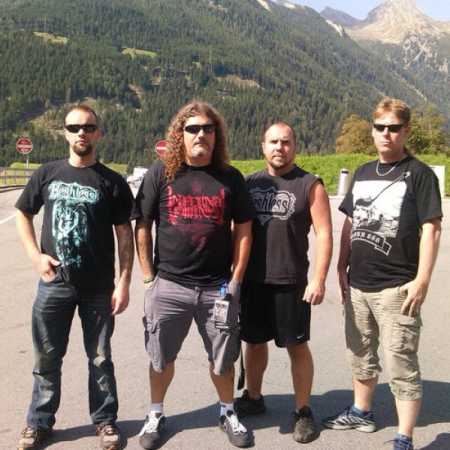 Fleshless  I Will Grind Your Fingers

Fleshless Group was formed in 1993 by merging groups Zvrator and Garbage Disposal in this report after half a year, recorded their debut demo Stench Of Rotting Heads, which are worldwide sold more than 700 copies. By this time Fleshless played more than 700 concerts on three continents. – Translated by Automatic service

A Night In Texas