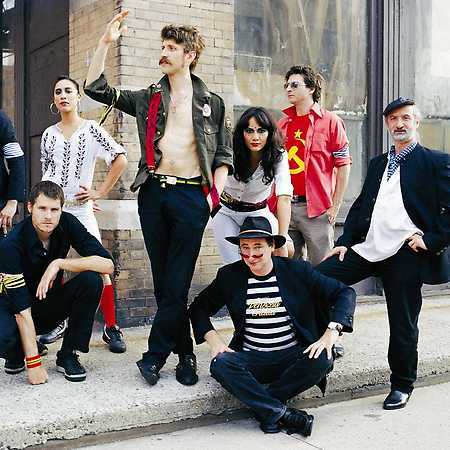 Gogol Bordello is a Gypsy punk band from New York City, which got together in 1999. Her sound is inspired by Gypsy music, uses accordion, violin and combines them with drums, electric guitars and also with punk, dub and cabaret. In New York City is known for its tumultuous band concerts in the Lower East Side. Since 2000 the band to go on tour in the United States and Europe.