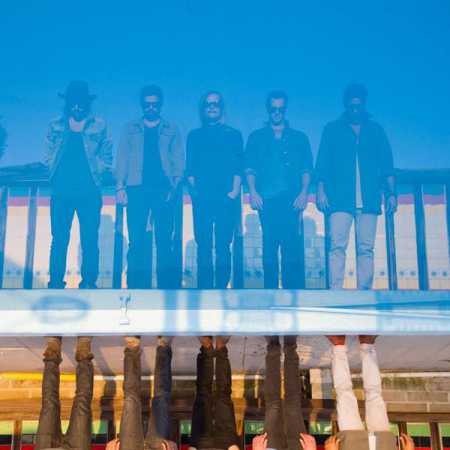 The story behind the band Grizfolk unfolds like a richly episodic Beat novel: it’s a collection of vignettes that give way to one another with ease; their songs like chapters in a traveler’s cherished diary, suspended in time and space above an aural landscape of blue-collar romanticism and electro-inflected folk-rock.

Their songs speak of dusty deserts and the vagabonds that inhabit them, mixing America’s country music heritage with that of an electro-pop persuasion: It’s where folklore meets four-on-the-floor; where tumbleweeds meet turntables. Songs that sound both futurist and revivalist at once; fashioned from a casually-indefinable collage of synth-pop squelches, junkyard percussion, undeniably catchy hooks and boot-stomping guitar lines.