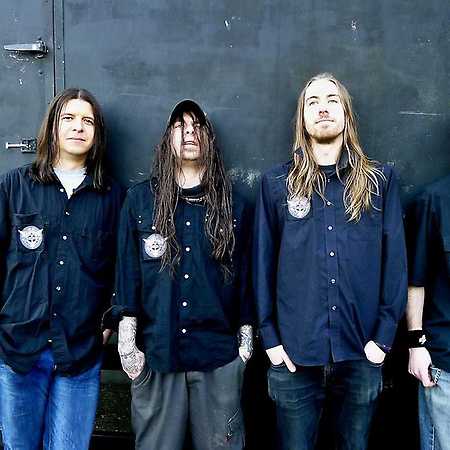 About Hellbastard, who got together in 1984/85, writes Felix Von Havoc in the article “the Rise Of Crust”: "along with Amebix, Antisect, and Deviated Instinct belongs to those bands crustové nejklasičtějším the beginning of the scene. The name of their demos “Ripper Crust” of 1986 was what I remember, the first case in which this designation for the then emerging musical style used. This demo, the second demo “Hate Militum” and their first LP “Heading for Internal Darkness” are among my favorite crustové recordings! If I had to choose a band, plate and sound fully corresponding to this style, I’m sure it was something from the old Hellbastard. There is a single “They Brought Death”, it is metalovější and the later material already stinks. But the old one is absolutely honest crust: gross, mostly naechované vocals, rough grinding guitar riffs, throbbing bass and wild, but short solos! " (Profane Existence No. 40).

Just look at the period posters and is clear in what their time this band from the North of England was the joint concerts with Napalm Death, Amebix, Carcass, Bolt Thrower Ripcord or Extreme Noise Terror in the second half of the 1980s. “We've always emerged from the punk rock/hardcore roots! I'm sure we've always had more in common with groups known as the as the Crass, Amebix, Antisect Discharge, than with heavy metal … but we loved and Venom, Hellhammer, Celtic Frost, Bathory, Slayer, etc. etc. ” (from an interview in Born 20 Years Too Late No. 8)

The original Hellbastard broke up in 1993 and some ex-members were later discovered in the other great crustové úderce Hellkrusher (by the way, the name Hellkrusher was formed by combining the names of the bands just Hellbastard + Energetic Crusher), which we could around the mid-1990s see the concerts as well. About 15 years later a founding member of ‘ Scruff ’ (guitar/vocals) put the band back together-every moment should come out a brand new LP, as well as a reissue of the old demáčů on vinyl (with sympathetic Italian Agipunk label) and in February/March, stopped by Hellbastard on their first European tour, after the restoration. – Translated by Automatic service