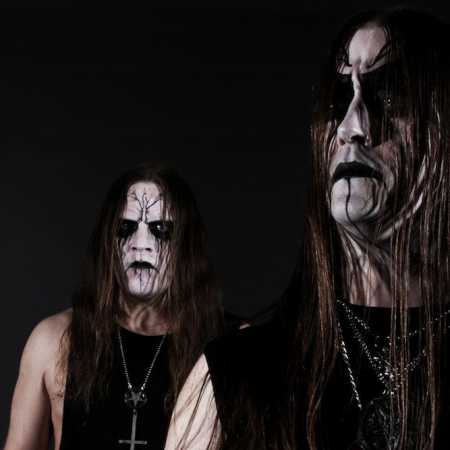 Inquisition  Power from the Center of the Cosmic Black Spiral

4:02 21 ×
Inquisition  Obscure Verses for the Multiverse

Inquisition is a black metal band from Seattle, Washington USA with origins in Colombia South America where the founder, Dagon, was living at the time.

Their sound involves the combination of old school Thrash metal, major guitar progressions with the depth and darkness of black metal’s chaotic minor guitar progressions. Dagon’s voice is very monotonous and chant like and does not sound like any voice typically used in Black Metal. Dagon has expressed that his vocal style is not meant to reflect that of a human, but rather that of an unseen entity in demonic form. The topics that form part of band’s songs are everything from classic medieval Satanism to the dark laws of astro physics and the universe in general joined into one unit.