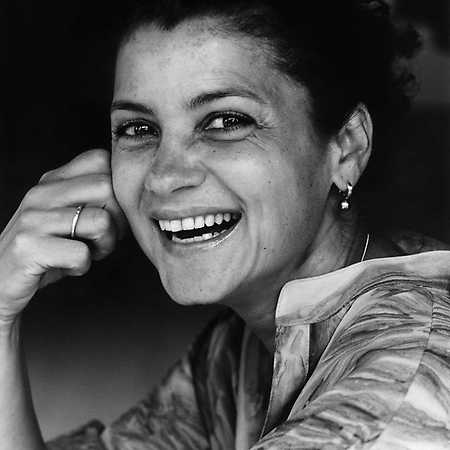 Iva Bittová was born in 1958 into a musical family in Northern Moravia in Bruntál. Mother Ludmila, born in slováckém County, she was a teacher in nursery school and their time spent in particular family and singing. Father Koloman Bitto, born in Southern Slovakia, where at the time of his childhood was mostly the Hungarian language, body and soul musician who plays many of the instruments – the most, however, on double bass and dulcimer, guitar and trumpet. His profession was a game on the double bass in the Orchestra divadelnim in Opava, and later also in the Radio Orchestra of folk instruments in Brno.

“Violins accompany and sustain me in my entire life, difficult technical exercise, I give the order, certainty, and reveal my inner doubts. Are a mirror of my inner dreams and visions, which they endure superficiality. The communication is based on the vibration and resonance of the sound of the violin and voice. Their souzněni leads me to perfection, although i know that the path to it is infinite. ” – Translated by Automatic service