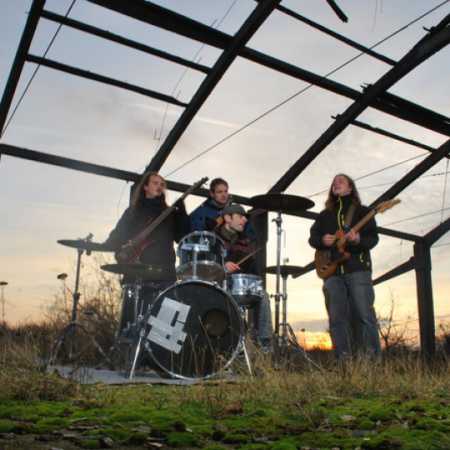 Japka music group formed in the fall of 1999 in Brno as the Kohoutovice accompanying seven-member body to school performance, where most musicians have also played a role. The band during this period by chance got a chance to play his first gig with the band Boudoir old lady who also originated in Kohoutovice. After that toured more or less all the time. In ten years, what Japka play, went through their set no minor changes. Now plays as a pure boys' quartet, composed of two guitars, drums and bass.

Has undergone a metamorphosis, of course, the very creation. The jásavých theater songs, was equally optimistic style gradually, but with deeper (hidden philosophical) texts and sophisticated musical side. As for recordings, for the first LP can be a mix of live recordings from festivals and club gigs, which had several names as you Playing, Concert Band Japka or live album. The second album in the series is filmed in the Crowns in 2006 in a study by George Lucas in Brno. On this album sounding woodwind instrument in the form Hanky ​​Piškulové clarinet and flute Lenka Rosůlková. The third is a demo recording in January 2008-2009, which is already quite guitar and has a feel of the new search term band. – Translated by Automatic service

From Dawn To Fall