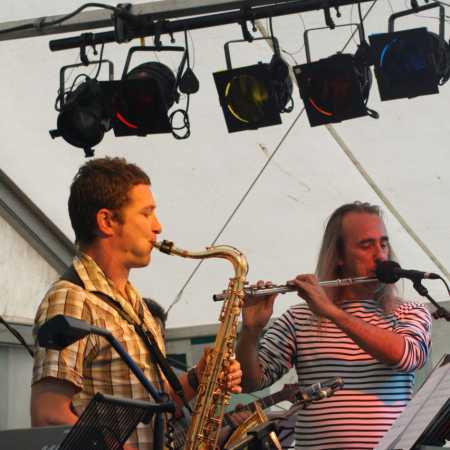 Julian Nicholas served in the years 1988-1992 as a member of the big band Loose Tubes and, subsequently, in the 1990s. years he collaborated with famous personalities such as Harry ' Sweets ' Edison, Eddie Henderson, Jimmy Witherspoon, Kirk Lightsey and Brotherhood of Breath. From the original forms of playing and composing today, Nicholas continues in the development of its European version of lyrical music making. During the last ten years has received twice the price of a "ZAP" for the best performances at the Festival in Brighton. Among his recent projects include a collaboration with Ronnie Scottsem, tour with Claire Martin, Don WelleremBobby Wellinsem and Dave O'Higginsem. The current members of his own band are Mark Edwards, John Parricelli, and Chris Batchelor. – Translated by Automatic service