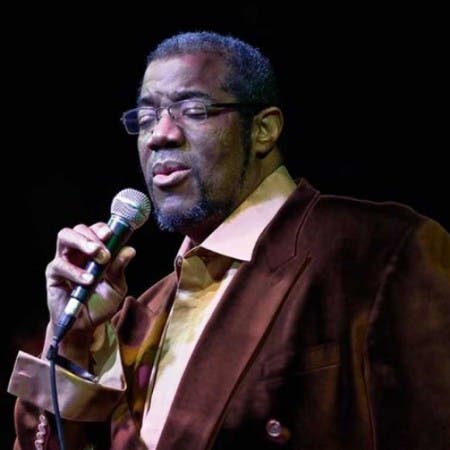 With over ten recordings as a leader, vocalist and educator Kevin Mahogany has been the standard setter for jazz vocalists for three decades. Mahogany is also an exceptional master teacher, as evidenced by his well-received work teaching at the Berklee College of Music in Boston and the University of Miami. He received an Honorary Degree from his alma mater, Baker University, in 2001. Well into the change of the twenty-first century, Kevin Mahogany continues to restructure the vocal metaphysics of a jazz thing, with his dynamic and down-home artistry.