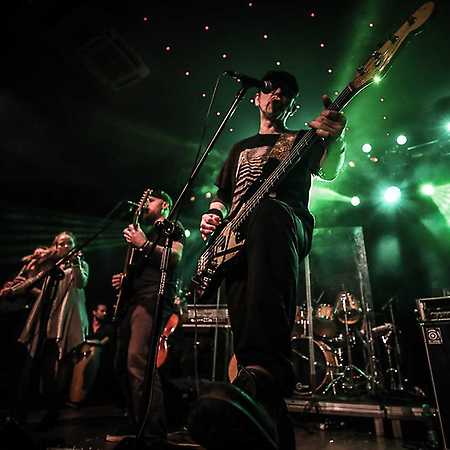 KSU is one of the oldest Polish punk rock bands, founded in 1977 in the southeastern town of Ustrzyki Dolne (in the Bieszczady Mountains). According to its creator, Eugeniusz Olejarczyk, creation of the band was the fruit of listening of radio stations from Western Europe, in which several punk rock songs were played. Young listeners from Ustrzyki decided to play covers of Black Sabbath, Deep Purple and Led Zeppelin, and in 1978 they came up with the name KSU, which comes from car licence plates, issued by the Krosno Voivodeship authorities for vehicles from Ustrzyki Dolne. With new name came new music – KSU began playing songs inspired by Sex Pistols, Damned, and UK Subs.