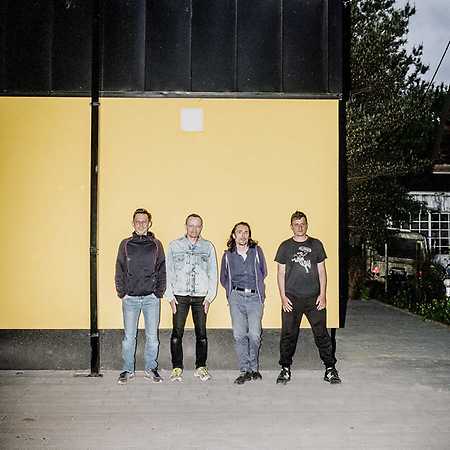 The Kurws formed in May 2008 as an unexpected result of a ping pong session. Since then they have pursued their own search, not so much in defined genres, but within the very foundations of rock, expression, and sound. It is a workshop where improvisation penetrates through the composed material, a congealed form of the creation process. Armed with repetitions, recombinations, variations and contrasts, they frolic with memory and expectations. Post-punk, krautrock, rock in opposition, funk, no wave – they present modes of playing, motives, and riffs we have heard time and time again in a totally different context, dissected from their original environment, placed side by side, used in a brand new manner, deconstructed and distilled. Their debut album 'Hole in the ghetto" was released in 2011 in Europe in a joint venture by Qulturap, Oficyna Biedota, Trująca Fala, and Blinded, and in the US by Bat Shit Records. The band has played numerous gigs throughout Europe and are faithful henchmen of DIY principles. Depending on the circumstances, the band functions as a trio: Dawid Bargenda (drums), Hubert Kostkiewicz (guitar), Kuba Majchrzak (bass) or as a quartet, enriched with one of the following members: Oskar Carls (Saigon, Davaj) - saxophone, Piotr Łyszkiewicz – saxophone