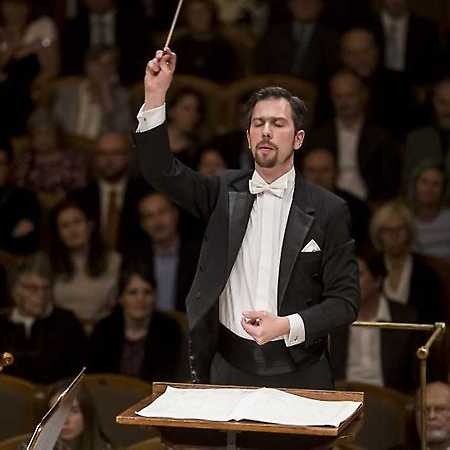 Prague native Marek Šedivý (born in 1987) gave his conducting debut in 2009 at the Chopin Festival in Mariánské Lázně (Czech Republic), while he was studying at the Prague Conservatoire. In 2010, he completed his studies with a gala performance of Dvořák’s New World Symphony in the Prague Rudolfinum to mark the 200th anniversary of the Prague Conservatoire. He attended master classes headed by Kenneth Kiesler at the University of Michigan) and by Vladimir Ponkin at the Moscow Conservatoire. He is now enrolled in a master's degree program at the Prague Academy of Music. His engagements in the Czech Republic have included performances with the Prague Symphony Orchestra, PKF – Prague Philharmonia, the North Bohemian Philharmonic in Teplice or the South Bohemian Philharmonic in České Budějovice. His festival appearances have included the Young Prague International Festival, the Dvořák Prague Festival and the Prague Spring International Festival, where he debuted conducting the Czech Radio Symphony Orchestra in May 2015. In addition to the classic repertoire Marek Šedivý enjoys performing the contemporary music, mainly the music by his Czech contemporaries (Jan Ryant-Dřízal, Martin Hybler, Jiří Kabát ad.). An accomplished pianist, Marek Šedivý has also collaborated with violinists and vocalists in recitals in Europe and Japan. He performs in a duo with violinist Jakub Fišer and together they released a CD containing the violin sonatas by Franck, Debussy and Poulenc in 2012. He also made a recording for NHK broadcast in an all-Beethoven program with Czech Philharmonic Orchestra concertmaster Josef Špaček and cellist Petr Špaček.