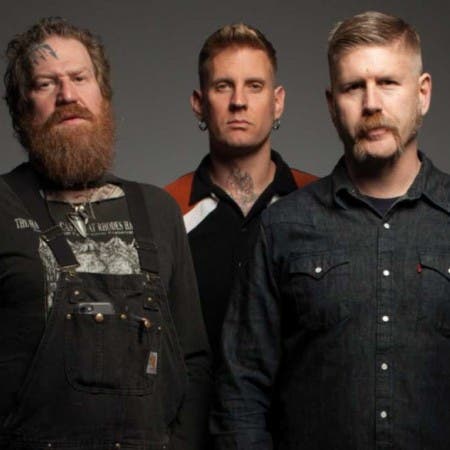 Mastodon is an American heavy metal band from Atlanta, Georgia. Formed in 2000, the group is composed of bassist Troy Sanders, guitarists Brent Hinds and Bill Kelliher, and drummer Brann Dailor, all of whom perform vocals in studio (except Bill Kelliher). They all perform vocals at live shows. Their musical style features progressive concepts and unique instrumentation. Mastodon has released seven studio albums, as well as a number of other records.