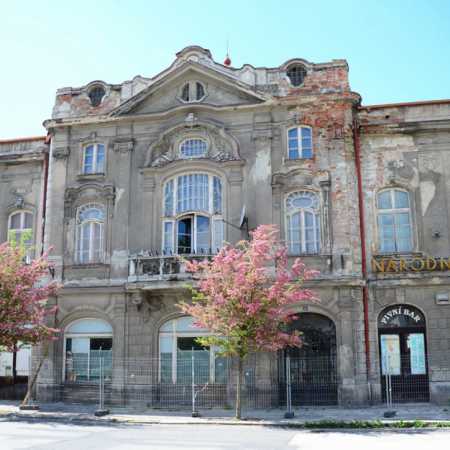 National House is located on the southwest corner of the square of freedom in the old Bohumín. This place, which originally had a coaching inn, later šenkovní, was for the National House reserved at the beginning of the 20. of the century. Public competition for the year 1907 on the realization of the new building For Grün Baum (IE. Green tree) won the Viennese architect Siegfried Krämer, which effectively divided the building into two parts. The construction was carried out by Mr. Gotzem Bohumínským Builder of Gotz & Keller. The significance of the National House is documented by many period photos, today located in the protection zone of the historic centre of old Bohumín and in 2007 was declared a cultural monument. The biggest changes, both in the Interior and in the exterior, the building has seen at the beginning of the 1970s the influence of extensive reconstruction. National House was deprived of many of the architectural details. – Translated by Automatic service