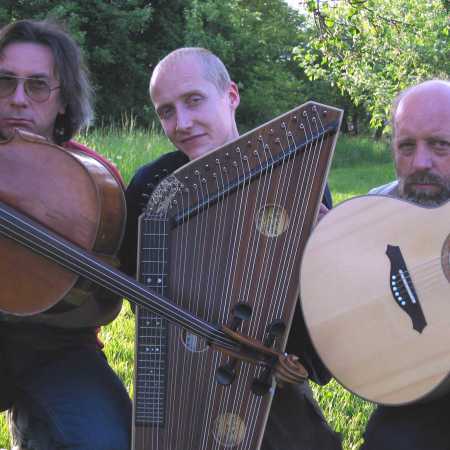 Njorek Group was established in the spring of 2003, playing from November in the composition Jaroslav “Olin” Nejezchleba – cello, vocals, Michal Müller – zither, singing and Stanislav Barek – guitar, vocals. The main idea of ​​the group was utilizing the experience Jaroslav Nejezchleba, always-member group Marsyas and Etc from the period when he was a member of the folk music “Písečan”. Moravian songs have become the basis for the band’s repertoire. All three members are close to blues and rock, so the songs are not performed in their original form, but according to the feelings of the musicians themselves. Mixing different musical styles created songs with ethnic roots that are so common in Czech (or the world) music scene. Unlike other groups that focus plays acoustically. Their CD entitled “Njorek” was nominated for the Angel Award in World Music. – Translated by Automatic service