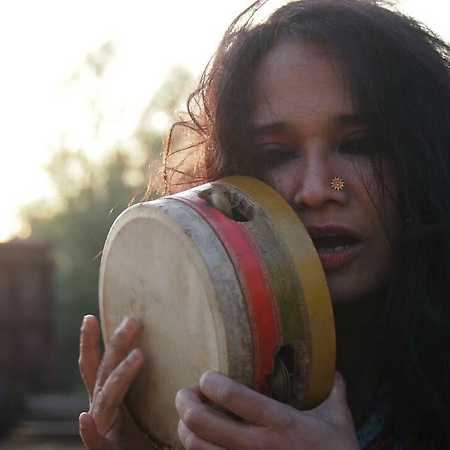 Papias Ghoshal, an artist from Bengal is dedicated to dancing and singing folk, spiritual music of India. Its purpose is to reveal to the world the old and traditional songs from the depths of remote villages. Her singing is accompanied by drums and other traditional instruments. Papias Ghoshal is not only a singer but also a world-renowned painter and basníčkářkou. The traveling exhibition of her paintings are held around the world. – Translated by Automatic service