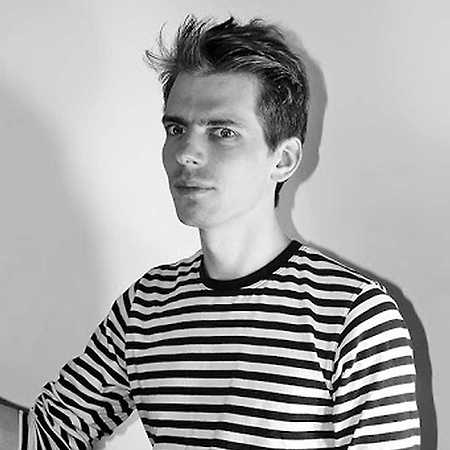 Peter Puklus is an artist currently living and working in Budapest, Hungary. He studied photography at the Moholy-Nagy University of Art and Design, Budapest (MOME) and new media design at the École National Supérieur de Création Industrielle (ENSCI) in Paris.

In 2012 Puklus published two photo-books: ‘One and a half meter‘ with Kehrer Verlag, Heidelberg and ‘Handbook to the Stars‘ with Stokovec, Banská Stiavnica. In 2016 Puklus published his third photobook ‘The Epic Love Story of a Warrior‘ in cooperation with Self Publish, Be Happy, London. This title got shortlisted at the Aperture / Paris Photo Photobook Award 2016. Recent solo exhibitions of Puklus include ‘New Works‘ at Conrads Gallery, Düsseldorf, ‘Unsafe to Dance‘ in C/O Berlin, Berlin, ‘One and a half meter‘ in Robert Morat Gallery, Berlin and ‘The Epic Love Story of a Warrior’ at Capa Center, Budapest and Raster Gallery, Hungary. Soon to come solo exhibitions of Puklus include ‘Life is Techno’ at Trafó Gallery, Budapest and ‘The Hero Mother’ in Images Festival, Vevey, in Glassyard Gallery, Budapest and in Robert Morat Gallery, Berlin. The most recent and still on-going project of Puklus entitled ‘The Hero Mother – How to build a house’ received Grand Prix Images Vevey 2017–2018.

Beside the photographic gaze which can always be found in the center of Puklus’ works, he recently started to explore undiscovered territories beyond the wooden frame. His recent projects involve sculptures, objects, paintings, installations, drawings and videos. Either in the gallery space or in a photo-book form, storytelling has a substantial role. Puklus mixes different genres and medias and makes them relate each other.

Puklus is represented by Robert Morat Gallery in Berlin and Hamburg, by Conrads Gallery in Düsseldorf and by Glassyard Gallery, Budapest.