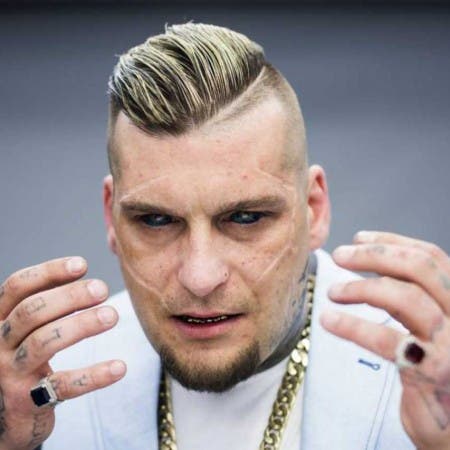 Popek is a Polish rapper and MMA fighter permanently residing in London. In 2000, together with such rappers as Bosski Roman, Tadek, Pomidor and Kali founded the “Firma”. Popek creates music from the border of dubstep, grime and gangsta rap. Solo activities began in 2007, have since released three albums, including one illegal. The album Monster received a gold disc in Poland and Czech Republic. “Firma” has recorded 6 albums, Popek however, was not involved in the production of NieLegalne Rytmy. Kontynuacja.