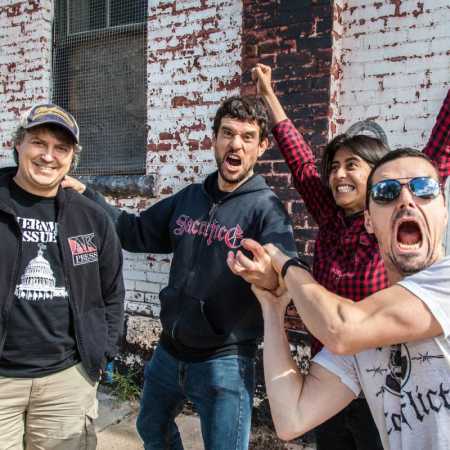 Propagandhi is a Canadian punk rock band from Winnipeg and has been formed in 1986 by guitarist Chris Hannah and drummer Jord Samolesky. The band is completed by bassist Todd Kowalski and guitarist Sulynn Hago.

While their earlier work was aligned with the punk rock and skate punk tradition, in later years Propagandhi records have moved towards a heavier and more technical heavy metal-influenced sound. Both in their lyrics and hands-on activism, the band’s members champion various left wing and anarchist causes and veganism, and have taken a vocal stance against human rights violations, sexism, racism, nationalism, homophobia, imperialism, capitalism and organized religion.