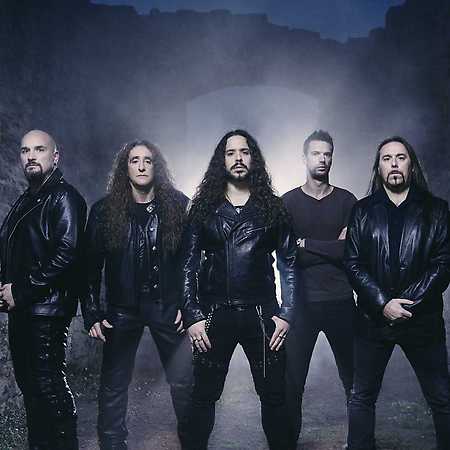 Rhapsody of Fire (formerly known as Rhapsody and, originally, as Thundercross) is an Italian symphonic power metal band led by Alex Staropoli. Since forming in 1993, the band has released nine studio albums, one live album, three EPs, and a live DVD. Rhapsody of Fire is known for its conceptual lyrics that constitute a fantasy story throughout all of their albums. Rhapsody was created by Luca Turilli and Staropoli, and is now seen as a pioneer of the symphonic power metal subgenre (though they refer to themselves as “Hollywood metal”). In July 2006 the band changed their name to Rhapsody of Fire due to trademark issues.

In 2011, following the release of From Chaos to Eternity which concludes the Dark Secret Saga and after 18 years as co-leader of the band, Turilli left Rhapsody of Fire (on good terms) to form a new Rhapsody band, Luca Turilli’s Rhapsody, along with two other members who left with him, Patrice Guers and Dominique Leurquin. They describe their discography as a parallel continuation of Rhapsody of Fire’s discography, with their first album being their own “Rhapsody's 11th album” and consider that they didn’t leave the band, rather that it amicably split in two.