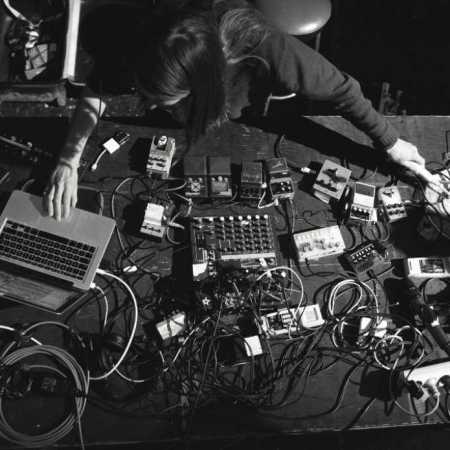 For the aptly named Rumpeln hides a “rattle” Munich noiser and videortista Anton Kaun, who performs under the name Sony or Tony King Teledubby. His attacking performance work on interoperability of electronic noises, body and videos, all of which are exposed to the same excessive strategy. Kauna most distinguished artists of noise due to the fact that in his submission to the excesses place any acceptable – ie functional – the tongue, his performances always balance between brutality and awkwardness, and so insistent way that it is almost impossible to take a clear relationship performance . Obstinacy with which approximates Kaun irreconcilable position that is frolicking ad absurdum, is a source of noise music uncharacteristic of humor, which in performances brimming with aggression brings a cathartic element. Noise may be dead, Rumpeln lives. – Translated by Automatic service