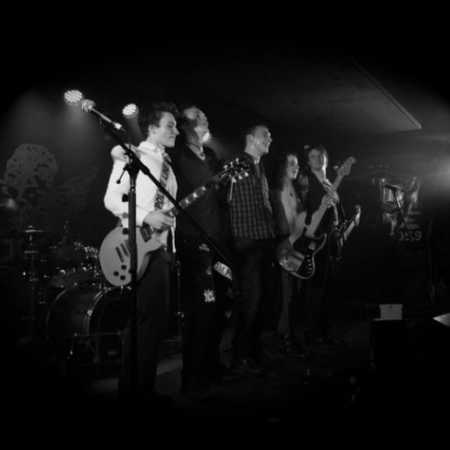 A group of Orphanage was established at the beginning of 2011, whose founding members were and still are Matthias Mejzr and Antonín Holub. The initial inspiration was mostly BigBeat, Classic Rock and Punk. In the course of the following year he was invited to the sklepenní service, William Bebr with his guitar, which was at the same time, the existence of active band Launcher. The group gradually adjust your face and style until she found her identity-Punk Rock.

Followed by work in the underground Home Studio, which finally came to the surface in June 2012-the first concert in the Chapeau Rouge in Prague. The orphanage regularly toured Prague's clubs until the end of 2013, when the change from the ground up: members, genre and attitudes toward trade. With the advent of Václav Uncle and Pniaka started in December 2013, to work on new songs in the style of Heavy Rockabilly, which were presented to the public in February of 2014. – Translated by Automatic service