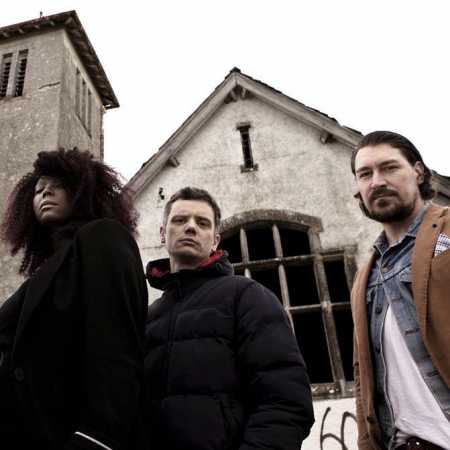 Pianist Dave Stapleton in the last ten years developed among top British jazz when his friend but someday Motion released album from The Cinematic Orchestra, got the idea to go with my music in places where in his career to date has never been. The result is just the project Slowly Rolling Camera, which exceeded the limits of jazz mold towards a free-spirited fusion, in which the place downtempo, post-rock atmosphere and digital funk. Their self-titled debut coming in February 2014 (LP in November 2013), produced by Andy Allan known from cooperation with Portishead and Massive Attack. It is on the Bristol scene of the nineties Slowly Rolling Camera often refer to, other vested patterns are then 4 Hero, Bonobo or James Blake.

"In the ten years since leaving school I wrote and played the music that fell into the mold of jazz, contemporary classical music and free improvisation, but SRC is another step towards electronics and effects of the alternative scene to the extent that it is no longer possible talk about jazz. " he says of his music Stapleton. Imaginary Soundtracks began composing in the mid-zero decade when, after graduating from the Conservatory Welšské slowly rose in the hierarchy of jazz musicians. With its Dave Stapleton Quartet released eight albums and played everywhere from small clubs in Cardiff to London's prestigious halls. Slowly Rolling Camera but put together in 2012, when the set of his new teammates popped quartet hungry for extraordinary experiences. The distinctive feature of the material is disarming velvety vocals Dionne Bennett, that the music SRC brings a touch of soul mood. Equally important are intricate but groovy her husband, drummer Elliott Bennett or electronic effects Deriho Roberts.

Slowly Rolling Camera is meeting four distinct musical personalities that produces exceptional results. First introduced last year, two singles and Dream Life and Protagonist, lavishly staged compositions, which revealed that Stapleton has a refined feel for the construction of epic song plays. This is confirmed by the debut, self-titled album Slowly Rolling Camera, which was released on vinyl format at the end of 2013, but on CD and as a download is available until February this year. This was due to a variety of guests, including members of related projects, Polar Bear, Troyka or Phronesis. The board is based on Stapleton's own label Edition Records, which operates since 2007 and which has in its catalog for over two dozen albums. – Translated by Automatic service