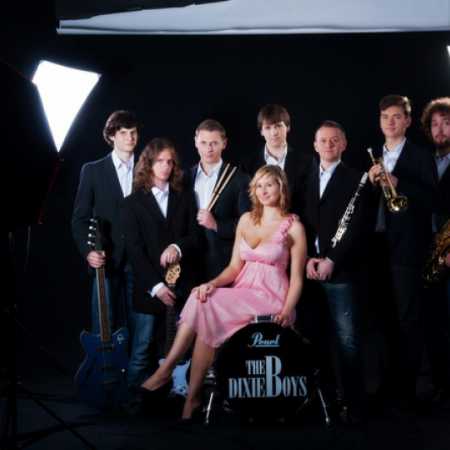 The Dixieboys are the Prague band specializing in the unforgettable music of ages long past. We're playing swing, dixielandové and blues songs from 20-40. years of the last century with a flair and the concept of wearing the self. The band consists of eight Lords instrumentalists/gentlemen and one of the singing girl. We are a young band that plays old music.

In the current cast plays the band since the autumn of 2014, when the us returned the rehashed saxophonist.

The history of the band, however, is much longer. We played at jazz festivals (we also took part in the International Jazz Festival in Dresden-Elbe Dixie 2013), in clubs and restaurants, but also on public and corporate events, vinobraních, weddings and at Church. – Translated by Automatic service