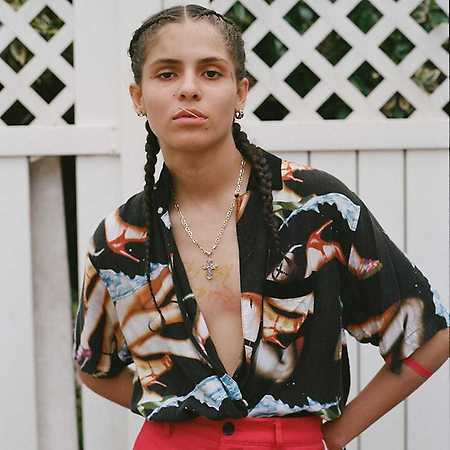 Danielle Balbuena better known by her stage name 070 Shake, is an American singer and rapper from New Jersey. She is a part of the musical collective 070, who have released a mixtape together titled The 070 Project: Chapter 1 in 2016. Shake released her debut EP Glitter in March 2018. Prior to that she earned thousands of streams on SoundCloud with original songs and gained the attention of her future manager YesJulz this way.

In 2018, 070 Shake gained attention for her guest appearances and involvement with Kanye West’s production work in Wyoming, featuring on songs Ghost Town and Violent Crimes from West’s album Ye, as well as appearing on Pusha T’s Daytona and Nas' Nasir.

In 2019, she featured on DJ Khaled’s album titled Father of Asahd on the song titled Holy Mountain. Also in 2019 she released her debut album Modus Vivendi.