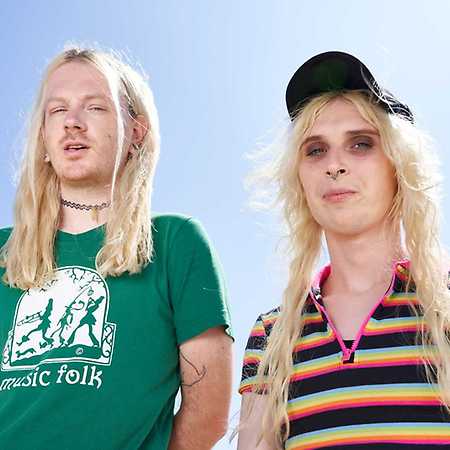 Dylan Brady and Laura Les have settled into pop culture with their 2019 debut album 1000 gecs, which was proclaimed by the New Yorker to be "an impressively precise maximalist exercise with no rules" and "completely unbalanced in the best possible way" by GQ. The innovative project has won the hearts of fans and critics alike – the duo have sold out every live show to date. Within just a few months of releasing their debut album, they played their first show from inside Minecraft and soon sold out shows across the country, proving that their rapidly growing fan base exists in more than just the depths of the internet. After their world tour in the summer of 2020 was postponed, Brady and Les continued their musical journey, releasing 1000 gecs and The Tree of Clues, a remix album with collaborations with artists such as Fall Out Boy, Charli XCX and Rico Nasty. The album was described by NME as "a brain-melting, genre-crushing vision of the future of pop".