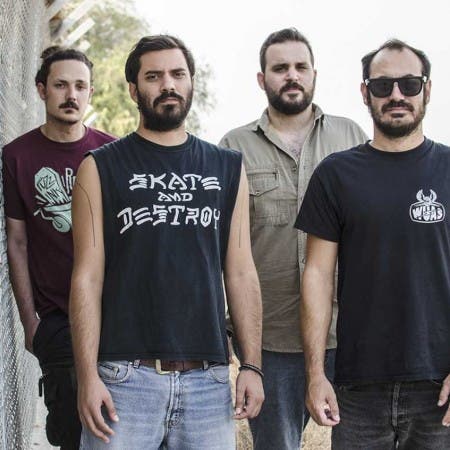 1000mods is a heavy psychedelic and stoner rock band from Chiliomodi, Greece. Having risen from smokey basements to packed arenas, children of the now-legendary Greek underground heavy rock scene of the mid 00’s, 1000mods can be considered no less than the most successful Greek rock band of the past decade. Deriving equally from the 70’s (not only songwriting-wise but also due to their love for vintage equipment and analogue sound) and the glorious 90’s, they never hesitated to blend all their influences (from retro-rock and doom rock, to fuzzy heavy rock and space rock, even the grunge and alternative scene) creating a unique recipe of explosive heavy music that’s impossible to imitate.