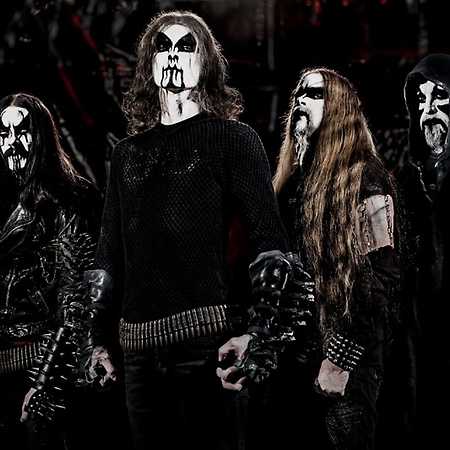 1349 is a Norwegian Black Metal band from Oslo, Norway, formed in 1997. The band’s name comes from the year the Black Death reached Norway.
In recognition of 1349’s influences, the band performed a cover of Mayhem’s Buried by Time and Dust on their debut album, Liberation. At 1349’s live shows, the band has also covered Celtic Frost, whom vocalist Ravn cites as his principal influence.