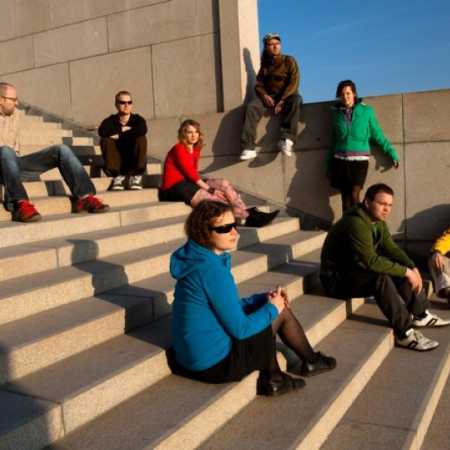 The work of 4Signs, a music group of ten, reaches across genres so the listener may be found surrounded by drum’n’bass, reggae, funky, or pop melodies. Since its beginning (the core of the band was formed as early as 1998), the band has played in numerous concerts in clubs in Prague and outside; they have also participated in Czech Republic’s leading festivals such as Rock for People, Hrachovka, Přeštěnice, Out of Home, Ostrovní festival, etc. The band around the frontman and vocalist Roman Odvárka has successfully participated in a number of musical contests: first place in Šance Muzikus 2010, Makez Star 2010 – nominated by the expert jury, second place in Expedice Přeštěnice, first place in one of the rounds and first overall in Invisible Band contest.