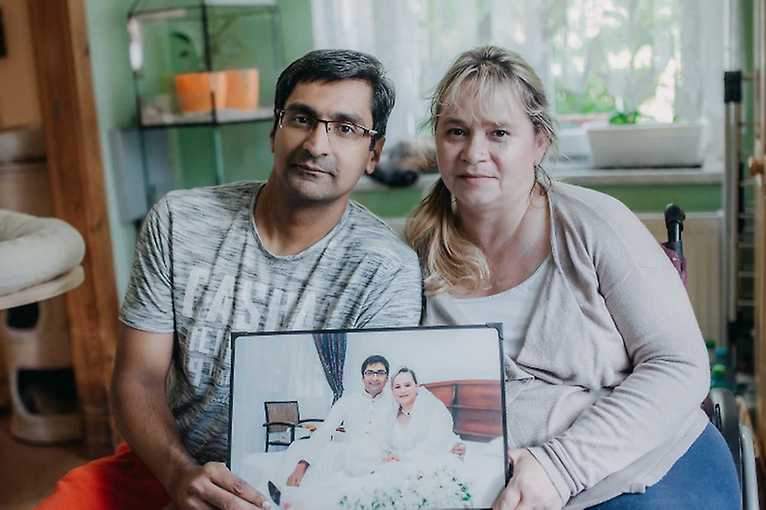 A Marriage + discussion with Kateřina Hager and Jiří Flígl

The movie “A Marriage” will be screened in the form of an online stream “My Cinema Live”.

How it works: Viewers choose how much they can spend on a movie ticket and everything will be as if they were buying a movie ticket. After the purchase, the cinema expect donators to receive an email with a stream link exactly 30 minutes before the start of a specific broadcast.

In online cinema, the following schedule applies: Viewers can soak up the cinema atmosphere as early as 30 minutes before the start of the performance. The movie starts at exact time. Viewers can chat through the projection during the projection nad after the film, they can discuss the impressions and film experiences. If viewers do not want to use chat, they can even turn it off.

With the projections organizers will try to evoke the atmosphere of the cinema hall with everything that comes with it. There will be introductions, audience reactions and company of friends. At the same time viewers can support their favorite cinema in a difficult time.

A Marriage / Kateřina Hager, Asad Faruqi / Czech Republic, USA 2021 / 74 min. – A longitudinal documentary tracking Zdenka and her Pakistani partner Tabish, who met playing the computer game Farmville and for 5 years lived their relationship chiefly online. Zdenka, a wheelchair user since a severe car accident when she was 23, lives in Aš. Her strong will has let her to return to daily life. Tabish is from Karachi, where he’s an IT expert in a government office. Their online encounters gradually grow into love and a relationship that is at first played out over the internet. When Zdenka refuses to move to Pakistan because of her disability, the couple has no other option but to see each other only once a year during a shared holiday in Sri Lanka, finally getting married there. But immigrating to Czechia is almost impossible for Tabish. Will the couple ever be able to be together physically?