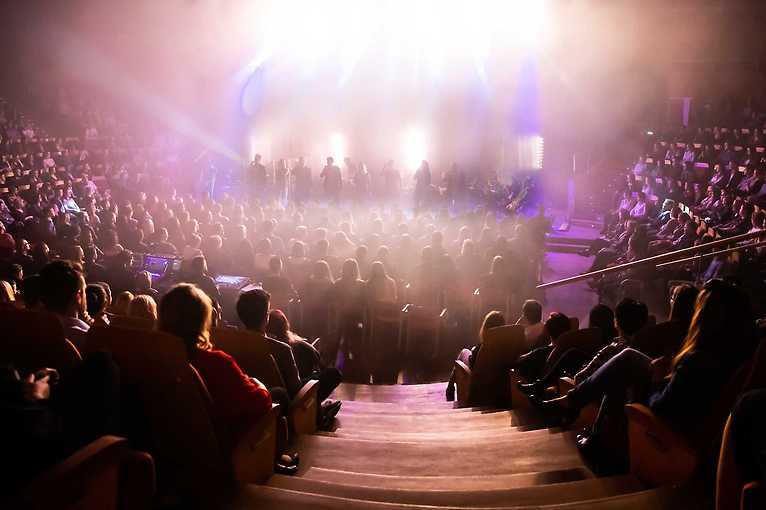 Accantus, a Polish group of artists and performers creating their own original projects, spreading musical, film music and other genres, sets off on their next tour.

The atmosphere and heart of the concert remain the same – great musical and film songs performed 100% live by vocalists known to our audience from our YouTube channel. Modeled on the contemporary music of Broadway and West End shows, we have created an 8-person band – the “Accantus Live Band”. It’s an ideal number of people to perform both musical classics and rock arrangements. In line with the vision of the most famous artists we decided to combine classical and contemporary music, presenting our fans with a spectacle full of energy coming from the stage – that is why the concerts are held both “standing” in music clubs and traditionally, in cultural centers and philharmonics._

What was missing from the previous tour? First of all, meetings with fans after the concert! When there are over a thousand people in the audience, it is logistically and physically impossible to devote time to everyone. That’s why on the previous tour meetings with fans couldn’t take place, and it was the first thing we decided to change when planning a new release, introducing free tickets for such meetings. How to get a ticket? It’s very simple: on the day of each concert at 10:00 a.m. at the entrance to the hall, special badges will be given out to volunteers, whose number will be limited to 100 (in words: one hundred). After the concert, the audience with their badges will be directed to an appropriate place, where they will be able to participate in a short meeting with the artists performing at the concert – shake hands, take an autograph, take a photo.

_ For over seven years now, you – our audience – have been fulfilling our dreams, supporting us both on our YouTube channel and live, honoring us with your presence at the concerts. In return, we do our best to provide you with performances full of passion, commitment and professionalism._

“Accantus Live 2.0” is our biggest project so far, supported by the lessons learned from dozens, if not hundreds, of concerts. Stay with us and we will do our best to make you remember this meeting for a long time.

Attention! Due to the increased number of vocalists, the cast is different in each city. Each concert will look a little different, so when buying tickets it’s worth to check out the list of performers.