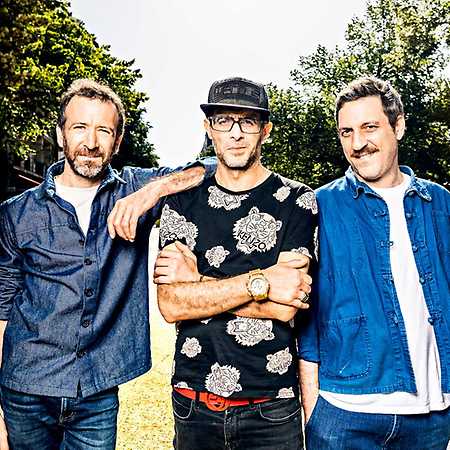 The band Acid Arab was formed in 2012, and at its core are two Parisian DJs, Guido Minisky and Hervé Carvalho. Formed in the multicultural cauldron of Paris, Acid Arab aims to "create a space for Arab culture in the world of contemporary electronica." It evolved from a DJ project into a full-fledged musical entity when musicians such as Pierrot Casanova, Nicolas Borne and Algerian keyboard virtuoso Kenzi Bourras joined. Acid Arab have released two original studio albums, the latest of which Jdid was released in the fall of 2019.