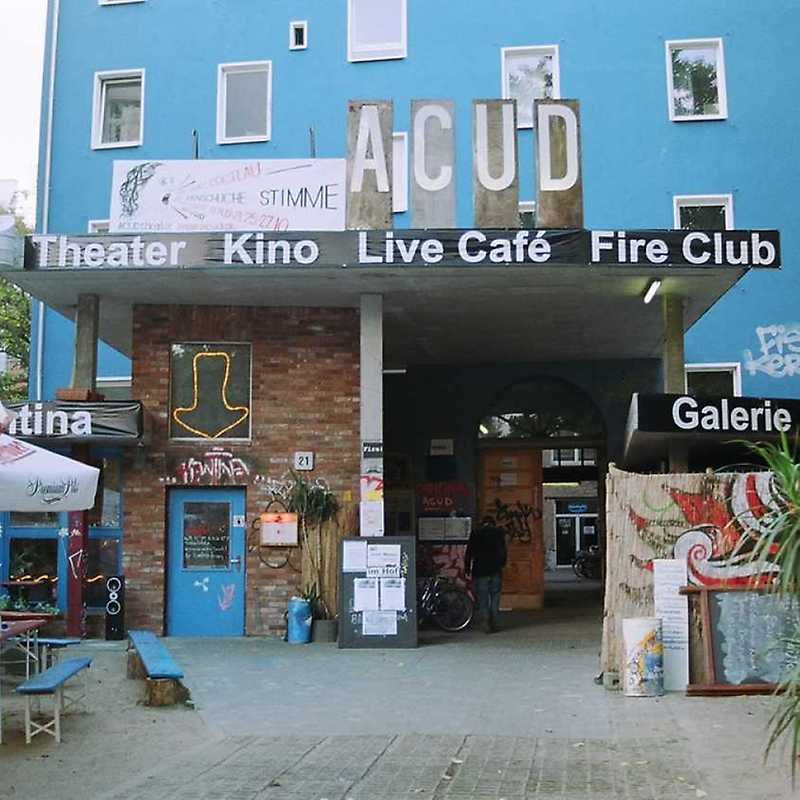 Acud is one of the few remaining independent art houses that were founded in East Berlin after the fall of the Berlin Wall.

In its 130-year history, the building has been used for many purposes, for example as a furniture factory or dairy, until it was handed over to a group of artists in 1991, who founded the Kunsthaus Acud there.