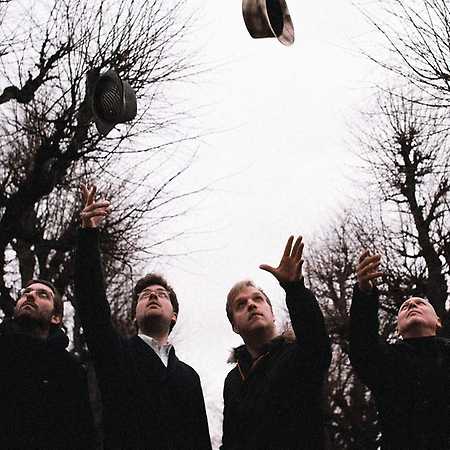 Behind the band name hides an anagram, consisting of the initial letters of the founding members. Founded in 2010, the former school band has now developed into a self-confident, five-member formation. They write their ironic and self-critical lyrics themselves, exclusively in German. With the album Alles auf Anfang!, Adam Fuge presented his first complete work. With songs like In der Dunkelheit, Du weißt nichts or Indie the musicians show their creative bandwidth. From cheerful to melancholy, on Alles auf Anfang! there is music for everyone. In the meantime, the band founded after a two-year break around the frontman Marcel and his close friend Danni new. Their new style can be attributed to indie rock. The current line-up consists of Marcel (vocals, guitar), Danni (keyboard, guitar, vocals), Vincent (guitar), Igor (bass) and David (drums, vocals).