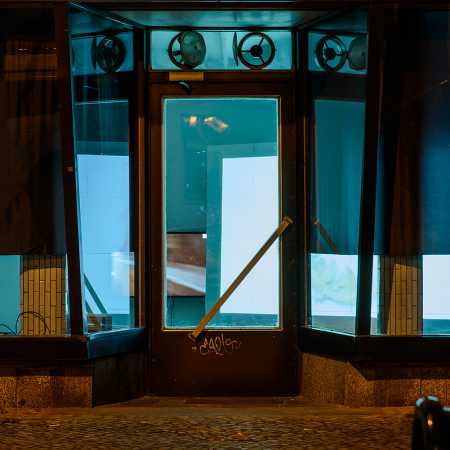 The building at Spittastraße 25, in which After The Butcher is situated today, was built between 1870 and 1875 as one of the first concrete houses in Europe. In this time about 60 houses were built from slag concrete in the small district Viktoriastadt. So to say, it was an early experiment of sustainable and ecologic building. Today only six of these houses remain, all of them are landmarked because of their unusual construction.

In the 60s the ground floor was rebuilt into a butchery with shop. During and until shortly after the GDR existed about 15 workers processed up to 20 tons of meat per week and produced all kinds of sausages.

Today, After The Butcher found its home in the former butcher shop.

It is a project space for artists by artists. The invited artists always develop special projects for the space. The gallery wants to give young and less famous artists a possibility and platform to present their work.

KN - Space for Art in Context

GoOut.net > Venues > Galleries > After The Butcher