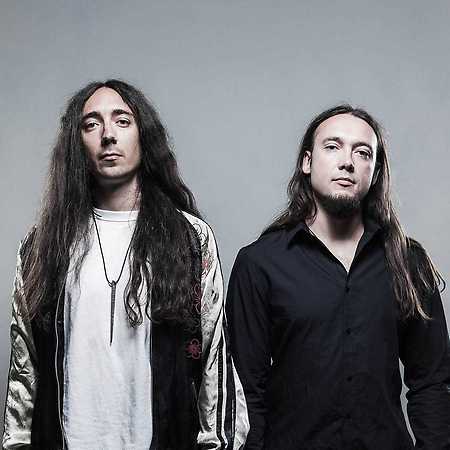 Alcest was founded in the year 2000 by songwriter and multi-instrumentalist Neige (aka. Stéphane Paut) and later joined by drummer Winterhalter (Jean Deflandre) in 2009. Labeled as post metal/shoegaze or blackgaze, Alcest were the pioneers within this genre, crafting a unique sound based on musical opposites from their very first EP Le Secret (2005), and thru their full length releases Souvenirs D'Un Autre Monde (2007), Écailles De Lune (2010) and Les Voyages De L'Ame (2012). In 2014 their fourth album Shelter was released, marking the band's departure from the more metal sound, in favor of dream pop aesthetics, surprising and somewhat challenging their fan base. In retrospective, the album opened new doors for Alcest, bringing them an audience from different horizons and a positive sense of unpredictability as musicians. Over the years, Alcest influenced a lot of other artists and gained a significant popularity around the world, leading them to do several tours all over Europe, North America, South America, Asia and Australia.