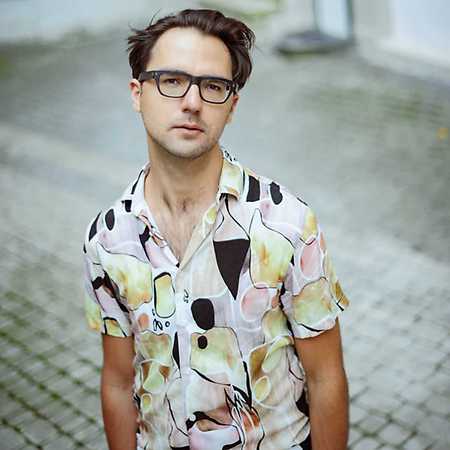 Aleksander Dębicz is one of Poland’s most versatile pianists and composers. He graduated from the Frederic Chopin University of Music in Warsaw in the piano class of Prof. Elżbieta Tarnawska. He focuses on improvisation and writing his own music which he frequently intertwined with classical repertoires. He doesn’t shy away from experiments and works with DJs and visual artists who design computer animations. His debut album Cinematic Piano, released in 2015, features 12 of his compositions inspired by film music. Since then he has been composing music for films, radio broadcasts and theatre performances, working closely together with Teatr Polski in Warsaw. His music to Polish Radio’s play Anna Karenina, directed by Katarzyna Michałkiewicz, was awarded at the Dwa Teatry Festival in 2019.

He was nominated for the Fryderyk Prize for his 2018 album Invention, featuring interpretations of J.S. Bach’s complete Inventions and Sinfonias and his own compositions inspired by Bach and hip-hop. In 2019, Dębicz released The Union, composed to commemorate the 15th anniversary of Poland’s accession to the EU. The same year the artist was commissioned by the Guitar Academy festival to compose PasaCatedral for concert guitar, oboe, piano and strings. He is the winner of numerous awards: for example, in 2013 he was the victor of the Transatlantyk Instant Composition Contest – a unique competition for synchronous improvisation to accompany a film. Dębicz works with the cellist Marcin Zdunik; the duo have prepared several original repertoires based on classical music and improvisation. He also regularly performs with the saxophonist and composer Szymon Nidzworski.