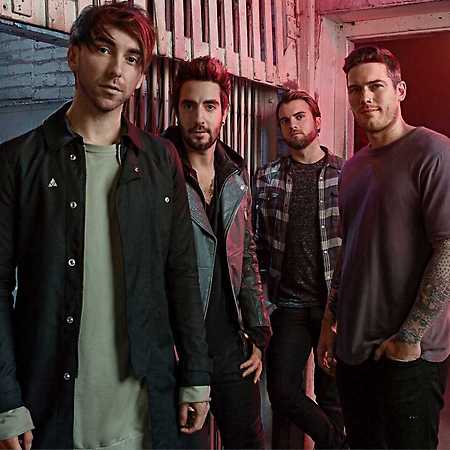 All Time Low  Sleeping In

About All Time Low

All Time Low is a pop punk/rock band founded in 2003 in the suburbs of Baltimore, Maryland. They started out as a high school cover band, but only a year later they decided to compose their own music and released their debut EP called The Three Words to Remember in Dealing With the End. They became more famous because of the second album called So Wrong, It's Right, which was released in 2007 under the wings of Hopeless Records. After they received the title of „Band of the Year", awarded by Alternative Press in 2008, All Time Low came back with their third longplay, entitled Nothing Personal, which debuted on the fourth place of the Billboard charts. Ten years later, the band decided to record a documentary about the work on this album and set off on a special anniversary tour.

We Fall As One