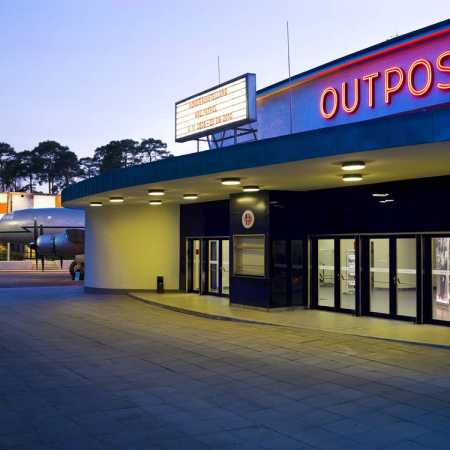 The Allied Museum (AlliiertenMuseum) documents the political and military engagement of the Western powers in Berlin and Germany from 1945 until 1994. Focal points include the Berlin Airlift, the Cold War and everyday life in the American, British and French military communities.

The Allied Museum is located at an authentic historical site: its current exhibition halls were originally a cinema and a library for American troops. Behind the museum is what used to be the largest housing estate for American soldiers and their families in Berlin. And directly across from the museum was once the head office of the US military authorities and the Berlin Brigade.

The Outpost Theatre, which now has historical landmark status, houses the first part of the permanent exhibition examining the post-war era and the period of occupation. The central focus is the story of the pivotal Berlin Airlift, which took place in 1948/49. The second part of the permanent exhibition, as well as a number of current temporary exhibitions, can be found in the Nicholson Memorial Library. Among the museum’s many highlights are the last remaining sentry box from Checkpoint Charlie, a “Hastings” British airlift plane and a Berlin spy tunnel.

Events, film screenings and tours are expanding the museum’s spectrum.

The entry is free of charge.