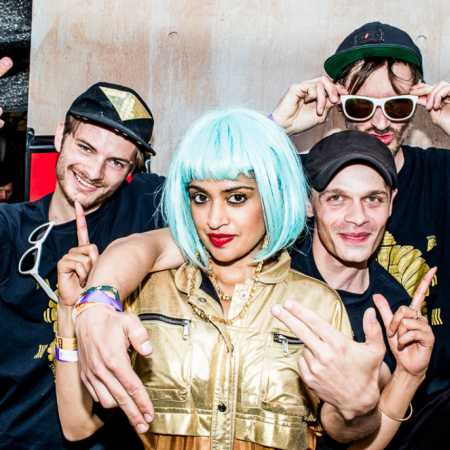 "Paňdžábsko-Indian 1 from Chicago, together with the Danish producer duo from Copenhagen to do dancehallové songs about New York City. This is a dream come true United Colors of Benetton, "written with light irony about this band, which is on the dance scene is considered to be one of the hot discovery.

Frontmanka, 1 and singer of the band Shivani Ahlowalia is also active as a political activist, and so the music, which consists of the Danish pair of Copia Systema Doble, is not only a fun Foundation for dance. – Translated by Automatic service