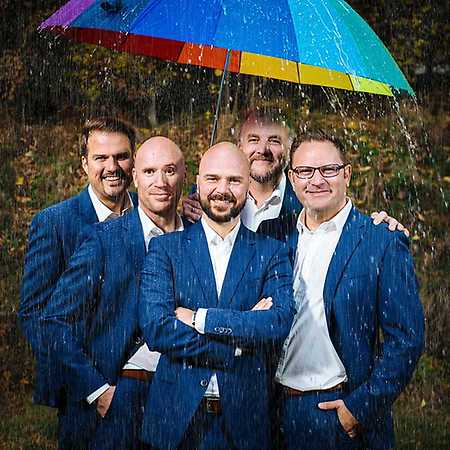 Alte Bekannte are a German music group, which emerged in 2017 as a successor band from the Wise Guys. The group sings a cappella and describes their music style as a-cappella-pop. The first album of the band titled _Wir sind da! _ was released in 2017. With Life is beautiful the music group consisting of Daniel Dän Dickopf, Ingo Wolfgarten, Clemens Schmuck and Nils Olfert released their second album in 2019.