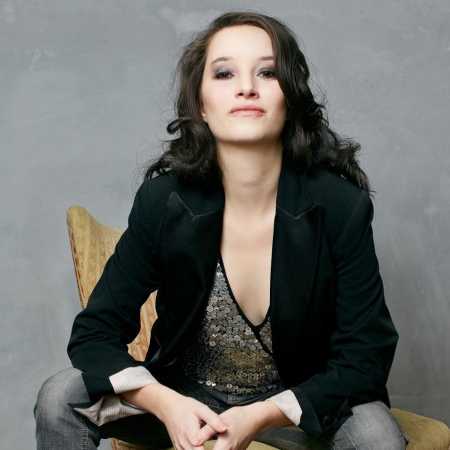 Anna Prohaska studied at the university Hochschule für Musik »Hanns Eisler« Berlin. Already with 17 years she gave her debut at Komische Oper, by the age of 23 she played first at the State Opera Unter den Linden and gave her debut with the Berlin Philharmonic Orchestra one year later.

Anna Prohaska was honored with the popular Echo Klassik Prize, the Daphe-Prize, the Schneider-Schott-Music Prize, and 2016 the art prize of the Academy of Arts Berlin. Recently, she performed at the Salzburg Festival, the Bavarian State Opera Munich, at the Teatro alla Scala in Milan, the Royal Opera House Covent Garden, the Opéra national de Paris, at the Festival d’Aix-en-Provence an the Theater at the Vienna. She is a constant part of the ensemble of the State Opera Unter den Linden where she played Anne Trulove, Susanna, Sophie, Blonde, Zerlina, Despina, Poppea in Händels Agrippina, Oscar and Frasquita among others. She works with important conductors such as Daniel Barenboim, Sir Simon Rattle, Philippe Jordan, Ingo Metzmacher and René Jacobs.

Besides contemporary music, she also pursues old music. On the concert stage she played together with the Vienna and Berlin Philharmonic Orchestra, the Symphony Orchestra of the TV channel Bayerischer Rundfunk and the London Symphony Orchestra. Her discography consists of records of her opera and concert repertoire as well as song albums.